We are proud to announce that The Center and Cleveland Pride, Inc. have reached an agreement to consolidate Cleveland’s two annual Pride events into a single annual event under the Pride in the CLE brand.

The Library of Congress’ month-long celebration demonstrates how Lesbian, Gay, Bisexual and Transgender Americans have strengthened our country, by using their talent and creativity to help create awareness and goodwill. BEST OF SF PRIDE IN ONE PASS Pride Pass offers you the best of San Francisco Pride, including Grandstand Seating and entrance to our VIP Party.

The Center is the heart and home of NYC’s LGBTQ community, providing programs for health, wellness and community connection.

June is Lesbian, Gay, Bisexual, and Transgender (LGBT) Pride Month LGBT pride is the positive stance against discrimination and toward LGBT people.

Gay pride or LGBT pride is the positive stance against discrimination and toward lesbian, gay, bisexual, and transgender (LGBT) people to promote their self-affirmation, dignity, equality rights, increase their visibility as a social group, build community, and celebrate sexual diversity and gender variance. 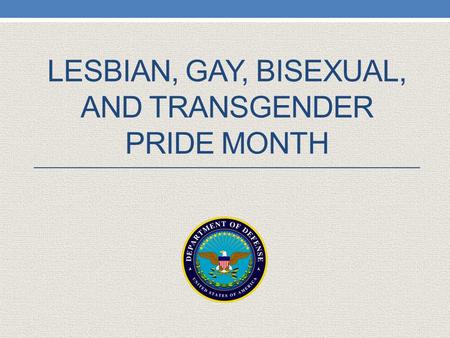